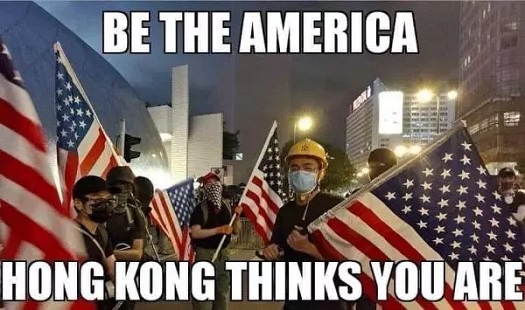 I think this is my favorite Internet meme ever.

Yeah, Hong Kong, we actually have a problem with Communist oppression here, too. Notably in our universities, but metastasizing through pop culture and social media censorship too. They haven’t totally captured the machinery of state yet, but they’re working on that Long March all too effectively.

And you are absolutely right when you say you need a Second-Amendment-equivalent civil rights guarantee. Our Communists hate that liberty as much as yours do – actually, noticing who is gung-ho for gun confiscation is one of the more reliable ways to unmask Communist tools.

We need to be the America you think we are, too. Some of us are still trying.